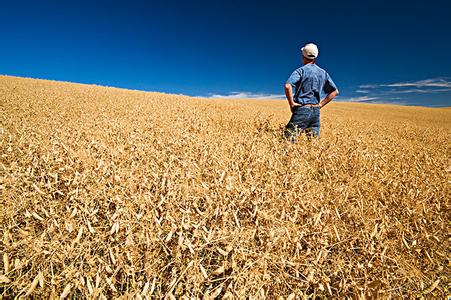 Anderson & Anderson LLP is an international law firm, based in the USA, founded in California in 1885.  We have been active in China for more than 30 years, and in Mongolia for over 14.  Our practice both inside and outside of Mongolia has included a diverse range of fields including IP law, including trademark, patent, and copyright registration and protection, mining law, including related taxation law, general domestic and international tax law, litigation and arbitration both in Mongolia and internationally, direct foreign investment, banking law and structured cross-boarder loans, mergers and acquisitions, derivative contracts, securities law, real-estate and property law, due diligence and contract work related to all of the above fields, initial and secondary public offerings and offerings of bonds on stock exchanges domestic and foreign, other securities-related transactions, as well as establishment of Mongolian subsidiaries and the franchising thereof.

Furthermore, our clients come from a wide variety of backgrounds, including influential international organizations (both governmental and non-governmental), private banks and insurance companies, major media companies, foreign and domestic mining corporations, including wholly-owned subsidiaries, telecom and media firms, as well as manufacturers of construction equipment and the world's largest soft-drink manufacturer.

We send you this newsletter, Mongolia Lex, as an accommodation and to keep you abreast of the latest topical changes in Mongolian law.  If there are other areas of law you wish to be kept informed about, please do let us know.

As a result, some landowners, whether they were companies or citizens, have had their land expropriated and their land lease contracts cancelled by the State. The loss of land led to a feeling of helplessness among the population and to a dramatic increase in land disputes in court.

In general, land related litigation is mainly due to: the overlapping of people's land rights; the lack of understanding of the legal system by the citizens; corruption; coordination problems; and market instability.

The purpose of this article is to explain the fundamental principles of land law in Mongolia and provide details of land law practice.

The land of Mongolia is strongly connected to the Mongolian way of life and culture and the land is traditionally considered, as Modun Shanui, the King of Khunnu Dynasty said, “The Roots of the State”.  Indeed issues related to the land of Mongolia are of a major importance for the descendants of Chinggis Khan.

In 1990, the Mongolian system converted into a democracy.  Simultaneously, its economy started its transition to a free market economy.  However, until 1992 land could not be privately owned by citizens.  Therefore it was collectively and freely used by everyone.

In 1992 the Mongolian Democratic Constitution was enacted. This new Constitution provided the conditions allowing the transfer of state-owned land to citizens of Mongolia for private ownership. These articles of Constitution entered into force in 1992, but they could not be applied without concrete statute laws.

The Mongolian Land Law is regulated by several legislative and government acts such as:

The Land Law regulates land relationship regarding citizens, companies and organizations, for land use, land possession and other relevant relations.

Land use right (gazar ashiglakh): consists of the right to use land (Latin: usus), pursuant to the Land Law.  Art. 3.1.1. It defines land use as a “legitimate and concrete activity to make use of some of land's characteristics in accordance with contracts made with owners and possessors of land”.

Land use duration and land area size rights vary among persons, legal entities and foreign diplomatic missions.  For instance foreign citizens and stateless person may only use up to 0.05 hectares and an additional 0.1 hectares for cultivation of vegetables and fruits, and the duration of land use is limited to five years, with an additional extension of up to five years.  Foreign legal entities may use land for an initial duration not to exceed 60 years, which can be extended once, for a period of up 40 years.  Foreign diplomatic missions, consulates and representative office of international organization can use land, if international treaties with Mongolia so provide.  In practice, Mongolian citizens and Mongolian legal entities, often use land in mining areas and State Special Protected Areas, as they cannot possess or own land in these areas.

Land ownership (gazar umchlukh):  Pursuant to the Law on Allocation of Land to Citizens of Mongolia for Ownership. Art. 3.1.3 land ownership is defined as “legitimate control of land with the right to dispose of that land”.  Only Mongolian citizens can own the land within the territory of Mongolia.  In the city ownership is limited to 0.07 hectares of land.  Residents of provinces may own 0.35 hectares.  In the soums, the limit is 0.5 hectares of land.  Regarding agricultural land, possessors of the land have a preferential right to buy this specific land for agricultural purposes.  Without any possession right on agricultural land, citizens can, however, buy agricultural land via auction.

Land owners have the full rights to their land, but are strongly prohibited from transferring land to foreign citizens or stateless persons pursuant to law.

Fees. Land users and land possessors must pay land fees.  Land fees are established pursuant to the Law on Land Fees, enacted in 1997.

The Land Fees Law determines fees, basic policies of the government and local government orders regulating the fees.  In 1997, the Mongolian Government determined, through the 152nd Rule, the highest and lowest standard of land fees for each year.

Tax.  Land Owners must pay immovable property tax in land.  This tax is equal to 0.6 percent of the land's cost.  In 2004, an Amendment was passed to the Immovable Property Tax Law, the Amendment exempted Mongolian citizens from paying 95-98% of the immovable property tax on the land they possess for their residential use did not exceeding 0.07 hectares.  This exemption for taxes is equal to 95% in the city; 97% in provinces; and 98% in the soums.

Price.  In 1997, The Mongolian Government determined land compensation per square meter of land to be between 13.200 to 44.000 Mongolian tugrugs.  For agricultural land, 1 hectare can be valued from 1.738.000 to 3.859.000 MNT, pursuant to 152nd Government Order. This applies to lands sold via auction by the Government.  Basic land prices are determined by compensation costs, however, these prices are different in practice.

Subsoil is generally used for various reasons such as geological surveys, exploration, mining, real estate construction, etc.  The right to use the subsoil is granted for no more than 30 years through a license, with a possible extension of up to 20 years.  The subsoil used for exploration and mining is regulated by special laws such as the Mining Law.

The Mining Law was enacted in 2006. Citizens and companies using and possessing land may use their land’s subsoil exclusively to access common mineral deposits such as mud, sand, gravel, and stones for construction, stones and lime which are construction materials. If citizens and companies explore and mine, they obtain special licenses from Mongolian Regulatory Authority on Mining, and must enter into agreement with the governor on the land and water use.  Land fees for mining fields are twice the land fees of agricultural fields, cities, villages or other settled areas existing on the field prior to the beginning of mining operations  (according to their then current rate).

Only Mongolian citizens, business entities and organizations have to right to use land in limited zones of conservation areas and natural parks, nature reserves and monuments. However this right is subject to several conditions related to the purpose of use, the term and conditions that the use is not harmful to environment.

The duration of land use contracts in special areas is five years with one possible extension of up to five years; and land fees in specially protected area are three times higher than regular fees.

The Forest Law was enacted in 2007 and the Water Law in 2004.  These texts determine the existing conditions and regimes of forest reservoirs and water reservoirs.  Pursuant to these laws, a forest reservoir is an area located within a 100 meter perimeter from the outskirts of a body of water.  A water reservoir is an area located in a 50-200 meter perimeter from a river.

Private ownership of land within a forest and water reservoir is prohibited; but it is possible to use and possess land within these territories.

In general, land fees of lands in forest or water reservoirs, are twice regular fees.

Mongolia has good and extensive laws and regulations with regard to land ownership, possession, use and exploration.  However, the administration of land rights is poor and corruption of the Mongolian Land Authority is endemic.  Mongolia can benefit from the following reforms:

(a) computerization of the registration of all land ownership, use and possession;

(b) strict control on abuse of authority by personnel in the Mongoliam Land Authority;

(c) refraining from frequent changes in laws related to land; and

(d) training a corps of judges as specialists in land law.

2. Law on Allocation of Land to Mongolian Citizens to Ownership